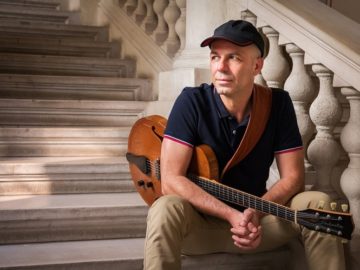 Zsolt Bende is a jazz guitarist and composer from
Transylvania/ Romania and a leading figure in todays Hungarian
jazz scene. He studied in London and at the Berklee College of
Music, Boston, where he rubbed shoulders and performed with
some of the most in demand musicians- such as Lionel Loueke,
Antonio Sanchez, as well as Avishai Cohen and Anat Cohen,
Lage Lund and others. Bende was shaping his unique and
colourful music through extensively touring in the USA, U.K. and Brazil before returning to
his native central Europe. In England he joined forces with leading British bassist Arnie Somogyi with whom he recorded several albums and later founding member of Neil Yates unique ’Five Countries Trio´. Bende is the leader of his own quartet and just released his latest recording, ´Cycle Of Change´.

András Pecek Lakatos is a member of the brilliant roma jazz musicians dynasty in
Hungary. Being one of the best drummers of his generation, he won the Hungarian Radio´s
Jazz drummers competition in 2004 and later that year was received with widespread acclaim
at the London Jazz Festival. He is working with the hot names of the Hungarian jazz scene,
such as Kálmán Oláh, Mihály Borbély, Tony Lakatos and Robert Szakcsi Lakatos. The
drummer can be heard on more than ten recordings.

György Orbán started playing guitar at the age of six and studied classical music until he
was eighteen. Then he switched to the upright bass instrument, about which he claims:
´Through playing the bass I have found my true path to jazz´. Since then he has been playing
with the greatest jazz musicians in Hungary, alongside with numerous international artists
such as Jimmy Wormworth, Ronnie Cuber, Tim Ries, and Tony Lakatos in jazz venues such
as the New York ´Blue Note´ and Jazz Standard Clubs, the ´Deer Head Inn´ in Pennsylvania,
also known as the Jazz Musicians Mecca, or at the Detroit Jazz Festival.

Daniel Mester Born in Budapest Daniel got a solid classical musical education on guitar
and clarinet, and in music theory. Already in his early years, he won numerous competitions
for children. Later he turned to jazz saxophone and film music. His strong education in both
classical music and jazz, his wide range of interest and experience as a musician in various
kinds of music enabled him to develop his rich compositional vocabulary. Having graduated
as an economist Daniel carried on with his musical studies in the Amsterdam Conservatory
where he received the master´s degree, first in jazz saxophone then in film music. He
appeared at numerous festivals around Europe and recorded with several artist national and
international.

The entrance to the concert costs 20 RON. 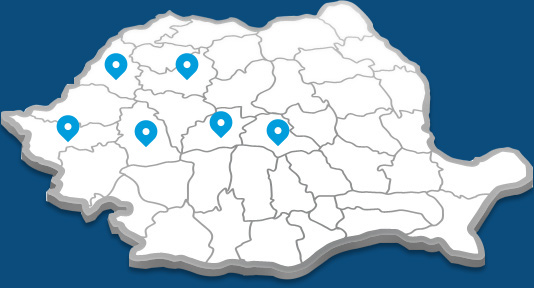